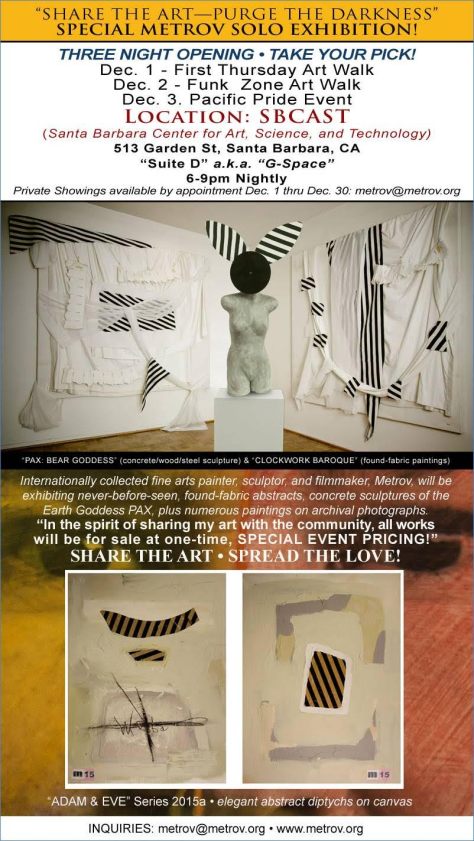 Through my fascination with the work of Goya, who expressed his criticism in his etchings and Black Paintings about his contemporaries, memories, testimonies of the war between Spain and France in the 18th and 19th centuries and the 19th century spirit of intolerance, I detect parallels with my time. Two hundred years later, the human condition has barely improved. War is pervasive and spreads across our planet like a wildfire with terrible consequences. Like biblical catastrophes, mankind destroys his environment, his habitat, his existence, his fellow man. One only needs to collect news images to reinforce this vision on which this installation of my paintings has been assembled. 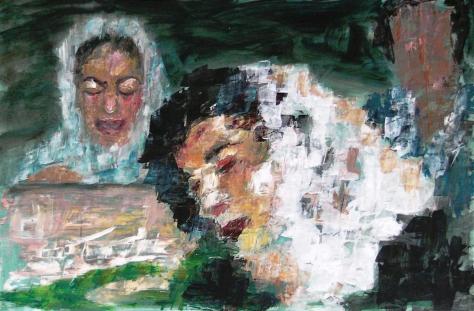 My limited edition book contains images of many of my paintings that are not on display in this exhibition. The book contains an essay on my Brave New Old Worlds series of paintings written by Bart Vandenabeele, Professor of Aesthetics and Philosophy at Ghent University. The content–durable images that introduce an important aspect of our era, the 21st century.

You can admire all exhibited works ( in order of hanging) online:
http://www.gabycleuren.com/exhibition/134/#!847

Information on the location of the exhibition :
http://www.kerknet.be/microsite/dekenaat_sintniklaas/evenement_detail.php?eventsID=25650&subsiteID=2316